Seniors League 5:2022 Ten players took the field this Friday following heavy rains on Thursday. It was a fine morning with an unexpected shower half way round.Dave Aitken returned from holidays to take the park by storm with a superb 34 points. He was followed by the heir apparent champion Ashley with 32 points.   […] 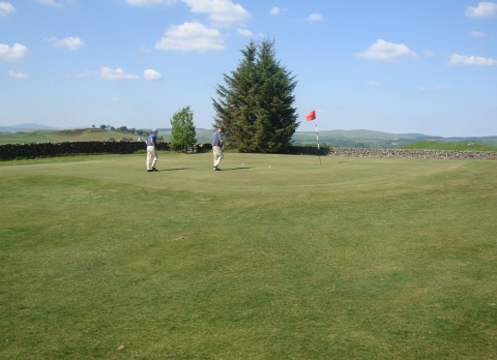 Ten players turned up on a rainy morning. It was decided to play a 9 Hole Scramble with the forecast of rain. Surprisingly we completed the shortened round  in the dry. Team Elizabeth, Janette, Ashley & Wave Terry, Ian & Jackie Brian, Ronnie & Erica First 4 3 4 Second 4 4 4 Third 5 […]

Ten players turned up to play despite the unwelcome weather forecast. Ashley assured all that there would not be any rain and we took his advise much to our regret. It has been a miserable spell of wet weather. Congratulation to Ashley on winning with 34 points have battled for the extra point on the […]