History of the Club

The full version of the Club history compiled by John Watson is available for £10. There are more than 110 pages of text plus 26 pages of photographs covering covering the complete period since 1902. Apart from being a detailed account of the club it gives a remarkable insight into golf over the years. Golf enthusiasts will find it a steal for a tenner.
The spread of golf in Galloway is seen to follow closely the expansion of the railway westward from Dumfries which became linked to the national network through the Nithsdale line in 1850. In 1880, golf came to the South of Scotland with the establishment in 1880 of the Dumfries Club (later the Dumfries and Galloway Golf Club), and followed by the Moffat and Crichton Royal Clubs in 1884. 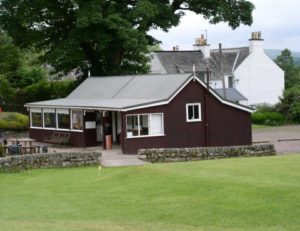